The ONE Cork construction group has been in ongoing discussions with Cork City Council management to increase staffing, provide apprenticeships and improve the turnaround time of refurbishing vacant social housing. Now there is a pilot scheme being developed to do just that.

As part of our work programme objectives, the ONE Cork Group of Unions (GoU) has for a number of years been targeting the relentless increase in the outsourcing of core work despite the protections contained within the Public Service Agreements.  This, in our view, has led to;

In recent years we have witnessed many changes, some not for the better, which we believe provide the basis for our concerns.

As the ICTU representative on the Housing SPC in Cork City Council, it is becoming a regular occurrence that local representatives are constantly raising the issue of sub-standard works on outsourced maintenance contracts, which is leading to “paying on the double”, for each of those contracts.

Despite safeguards contained in procurement contracts, requiring that workers have the necessary skills and qualifications to adequately complete this work, this is rarely, if ever, enforced.  An obvious example is the debacle which is the School Building Programme, an issue raised by OPATSI at a ONE Cork meeting a number of years back, and taken up by the TUI representative resulting in actions adopted at their subsequent Conference.

Preserving skilled maintenance staff is vital to ensure that the unique skill set and expertise required to deal with issues arising in housing, including tenants’ concerns, remains within the Local Authorities, which if lost, is virtually irreplaceable.  The lack of such a talent bank within the Local Authority will further erode their ability to deal with ongoing housing needs resulting in a further strengthening of the ability of contractors to charge ever higher premium rates and contract prices to the State.

It is well researched that apprenticeship programmes promote positive outcomes for those participating in terms of their lifelong skills and ability to obtain decent work, but there is also a significant positive impact, where those programmes provide local employment, on communities which have long felt forgotten, marginalised and isolated, along with businesses who benefit from the local employment stimulus.  Local Authorities have long been the driver of such apprenticeship programmes, either through direct labour in house construction or staffing their own house maintenance departments and it is vital that their re-establish such programmes to provide new opportunities for the young people in those communities.  For too long local communities see private contractors arrive to undertake work in the local area and leave with no significant benefits felt, outside the direct work being undertaken.

Providing employment locally to build or upgrade facilities within our communities will help foster a sense of ownership and engagement which should not be exchanged in favour of seemingly cost-effectiveness in the short-term.  These will also have longer-term inter-generational benefits along with aiding future employability.

Increasingly, workers on procurement contracts are not receiving their statutory entitlements, which is the reality as evidenced by the work of OPATSI and other unions.  The practice of bogus self-employment is denying the exchequer much needed revenue which could be used to invest in and enhance public services in areas such as housing, health and education.  There are also significant challenges regarding construction workers pensions which is an ongoing source of concern facing workers and the state into the future.

Our GoU, with management, set up a steering group to explore the possibility of creating a sustainable, fully-funded Task Force to deal with vacant units and maintenance issues.  It also aims to supplement the existing workforce directly, rather than using outsourcing which is the current default option often used by overwhelmed maintenance departments. It is now proposed to use the direct labour model, with Cork City Council having a greater role in outcomes, quality, and budgeting.  This would cut the need for an often lengthy and expensive procurement process when dealing with urgent housing needs thereby ensuring a quicker return of vacant homes to occupancy and ongoing refurbishment of an ageing housing stock.  At its core it is envisaged to establish an apprenticeship programme giving much needed opportunities to our young people.  We believe that the financial benefits will become self-apparent over time enabling Local Authorities access additional much needed funds, evidenced by a study carried out by staff in the Heating & Plumbing Section of the Maintenance Department which found a 55 % saving using the direct labour model.  If we could realise similar savings or even a fraction of it, then the myth of outsourcing being the only source of value for money can be debunked.

It is envisaged that a number of fully-qualified tradespeople, across a number of grades, would operate as a satellite crew across the Authority’s area dealing with vacant social housing and ongoing maintenance issues.  To date, we have co-operation and buy-in from both the Engineering and HR Departments of Cork City Council, to draw-up a detailed structured and financed proposal to present to the CEO and the Senior Management team by the end of 2020.  Although this target is tight, maintenance management has committed to use every resource available to them to hit the target date.

If we are successful in getting approval from City Council management for this proposal and can provide evidence of it being a cost-effective and sustainable alternative to outsourcing, we envisage developing a template for other Local Authority areas and will work closely with the ICTU SPC representatives and Trades Council Networks throughout the country to enable them initiate such discussions.

By working collectively and collaboratively through our Trades Councils and our Strategic Policy Committee representatives and engaging with local public representatives, we can fight for greater investment in public services which will ultimately create a brighter future for all workers and their families, never more evident that the year that was 2020 and our reliance on public services and our health officials. 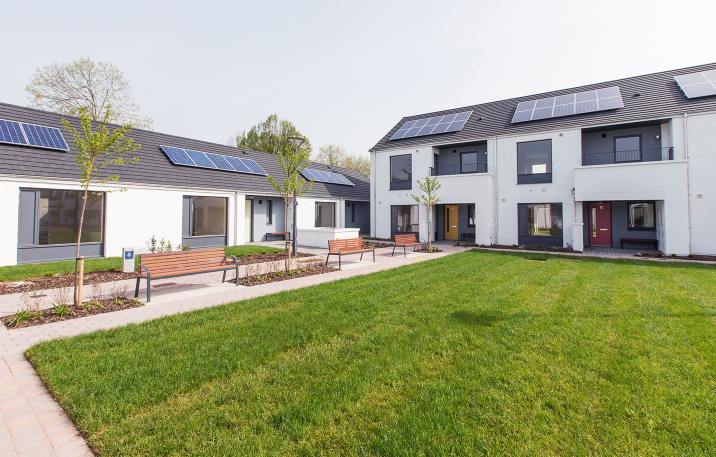