An income to live on

Galway Council of Trade Unions host the first in the #ONEFutureONEVision webinar series entitled An Income to Live On.

The Galway Council of Trade Unions hosted the first webinar in the #ONEFutureONEVision series on 28th October moderated by Marian Spelman, President of the Galway Council of Trade Unions and a member of the Irish Nurses and Midwives Organisation.  This event, which was entitled An Income to Live On featured a number of expert speakers in the field including Daniel Howard, Programme Manager with the Living Wage Foundation, London, Terry McDonough Emeritus Professor in Economics NUIG, Delores McKenna Shop Steward Tesco & John Carty, Official with MANDATE Trade Union. 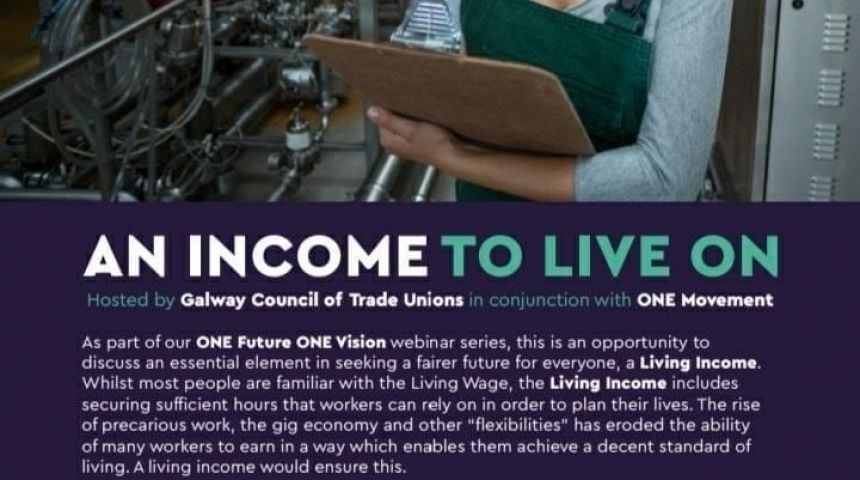