Wexford Council of Trade Unions host the second webinar in the #ONEFutureONEVision series.

The Wexford Council of Trade Unions agreed to host the second webinar in the #ONEFutureONEVision series on Thursday 26th November which was ably chaired by Kate Miskella, the Secretary of the Council.  The event which was concerned with workers' rights in general but particularly in cases of economic development comprised an expert panel of speakers which included Ken Fleming, SIPTU and the International Transport Federation, Esther Lynch, Deputy General Secretary of the European Trade Union Confederation and Brendan Howlin, Labour TD for Wexford. 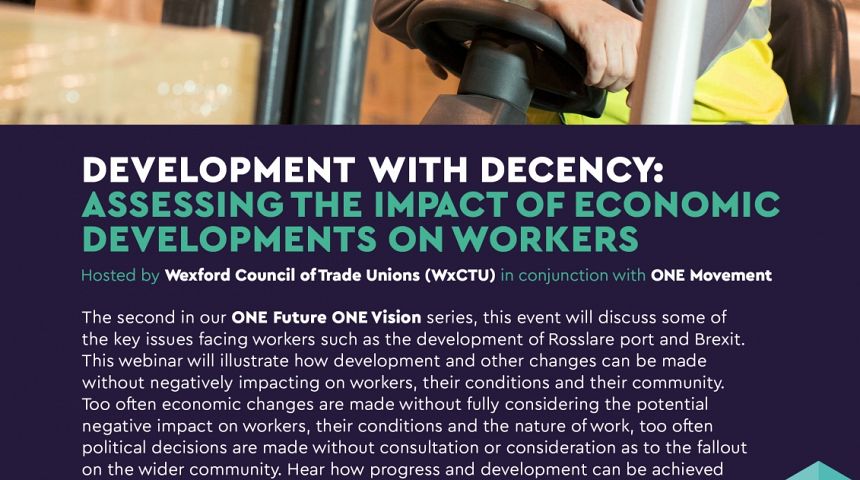