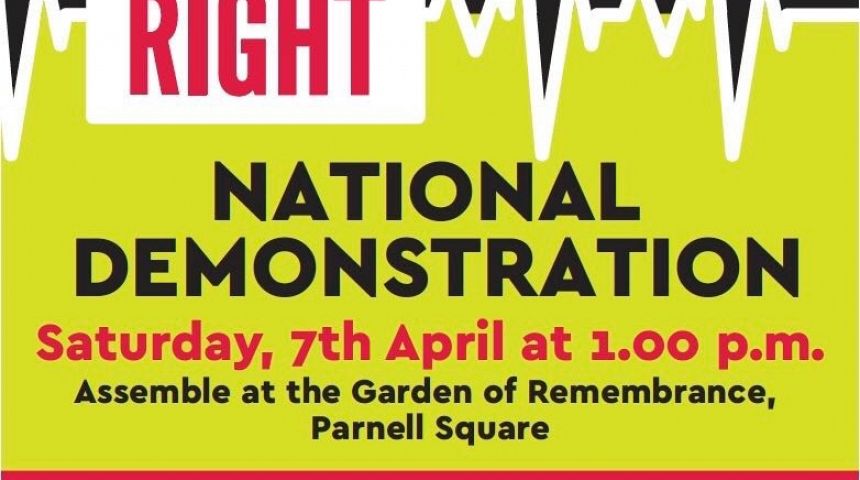 Unions urge Cork to stand up for Housing

One Cork, the cross union collaborative body in Cork city and county, has called on all union members and non-union members in Cork to stand up for housing on April 7th in the mass march in Dublin.

"Housing is the biggest crisis facing our country where 100,000 people are on social housing waiting lists, 7,000 are experiencing homeless including more than 3,000 children, and whilst the figures continue to rise, the solutions continue to be ignored," said Barry Murphy of One Cork

On April 7th in Dublin, organisations from right across the country, representing trade union members, community groups, political parties and housing NGOs, will come together to raise their keys demands to Government which include;

· The declaration of a national emergency in housing;

· Housing to be affirmed as a human right;

· The provision and supply of public housing returned to the responsibility of Local Authorities where affordability and security of tenure are the principle foundations of the housing market, rather than profiteering by vulture funds and private developers.

"In Ireland, housing supply is now firmly in the hands of the private sector which has consistently been shown to fail, particularly now with spiralling rents where basic rental accommodation is unaffordable and mortgages are out of reach for many.  This crisis is unsustainable, not only from a human rights viewpoint but from an economic perspective and we must return to the provision of public housing by the State which successfully met housing need in the 50s, 60s and 70s."

The demands of the Housing and Homeless coalition mirror the policy proposals put forward by the ONE Cork group almost two years ago.

"We urge all union members, workers and concerned citizens to support the march on April 7th in Dublin," stressed Mr Murphy.