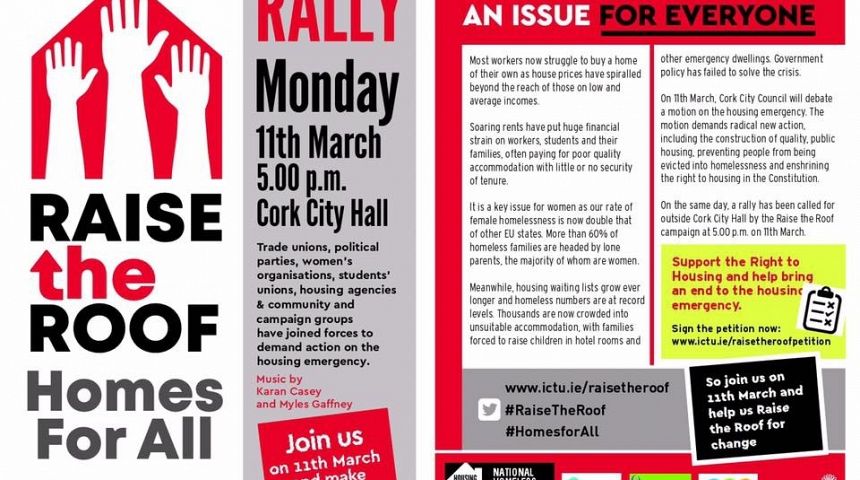 The Raise the Roof campaign is led by the National Housing Coalition, the Irish Congress of Trade Unions, the Union of Students in Ireland and the National Women's Council of Ireland but more broadly encompasses community, housing & voluntary organisations, trade unions, students unions, women and Travellers rights groups and political groups.

Our aims are to demand

On March 11th our rally outside Cork City Hall at 5.00pm will send a clear message to Government, both Local and National, that the people of Cork will not tolerate a failed housing policy and demand that the Raise the Roof initiatives are implemented to help solve the Housing Emergency.

Please spread our message to family, friends, workmates and across communities to support our Rally and make March 11th an outstanding success.