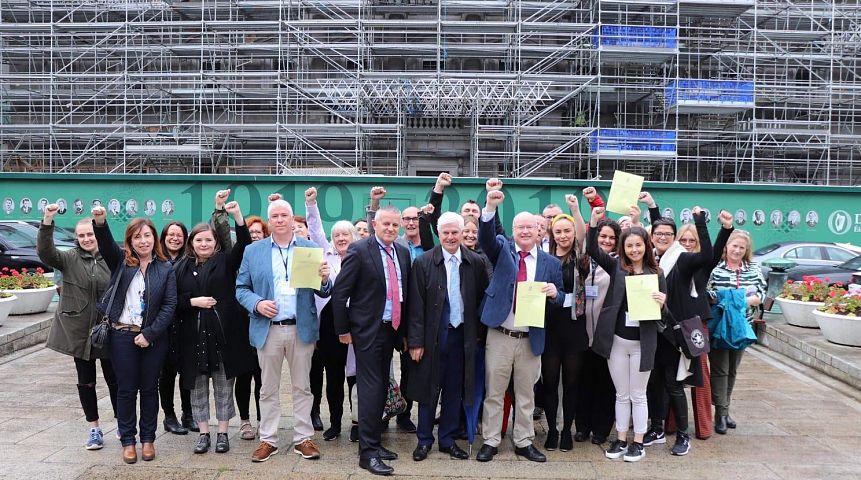 Success of Tipping Campaign in Seanad and Daíl

The hard work has paid off.

We would like to thank all those Senators that did vote in favour of the bill, and in doing so help the bill edge closer towards becoming law that protects very vulnerable workers.

In the words of one Senator "how could we stand by and let these workers be exploited further, when they are barely surviving on such low pay as it is"

Over the last few months we have tried several times to speak to Minister Doherty on the bill but she was unavailable. Fine Gael said it would place a ‘money message’ on the “Protection of Employee Tip Bill” to ensure it gets stalled.Unfortunately this is how low Fine Gael government are willing to go to PREVENT workers receiving their tips, this is the kind of very unscrupulous tactics that they are willing to implement in order to allow exploitative Employers continue to pocket workers tips.. Shameful!!

Last week in the Seanad former Attorney General Michael McDowell said placing a ‘money message’ on the Sinn Féin Bill is “unlawful and must be resisted”.

It is immoral to allow a loophole in the minimum wage act the allows employers to legally keep workers hard earned tips and those that supported the bill understand that and voted to ensure this new Bill from Paul Gavan closes that loophole.

Its important to mention that not all restaurants abuse this loophole and we have restaurants that support our campaign, so this new bill will have no bearings on them but It’s a clear message to exploitative employers the game is up!!

More photos in a gallery