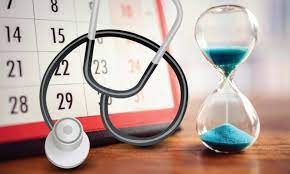 Bray and District Council of Trade Unions took on a mammoth task when they sought to overturn the waiting period for this benefit, a campaign which they waged for several years.

On the 1st March 2021 the waiting days for workers to qualify for the standard State illness benefit was reduced from six to three days, following the Budget announcement last October.  It reversed a decision implemented by the Fine Gael/Labour coalition in January 2014, over seven years ago.

For the Bray & District Council of Trade Unions it was the culmination of a campaign that we have waged over recent years and, through the support of Congress at national level, it highlighted to us the effectiveness of the 'unity in strength' of the Trade Union Movement.  This was a successful outcome that will be of real benefit to ordinary workers, and particularly during this COVID-19 pandemic when so many of our colleagues in vital frontline areas, such as: health, retail, transport and distribution, and other public services, are under constant threat of becoming sick.

Prior to January 2014 the waiting time to qualify for State illness benefit was three days.  The proposal to increase the waiting days by double to six was outlined and examined as part of the comprehensive review of expenditure undertaken by the government in 2011 and was introduced in Budget 2014 - effective from January 2014.

This measure had a serious financial impact on workers who were unfortunate enough to be out sick, many of whom do not enjoy the benefit of an occupational sick scheme in their workplace.  These would mainly be, but not exclusively, workers in low pay and precarious employment.  It can be difficult enough to be out sick for whatever reason, sometimes with a serious complaint, without the added stress of not receiving illness benefit for the first six days.  It was bad enough to lose three days but this had been doubled!

In 2018 the Council of Trade Unions adopted a motion calling for the decision to be reversed on the basis that this measure was implemented during the financial crisis along with other cuts and that it was now recognised by all that this financial crisis had ended.

Following Budget 2019 we requested the Minister for Employment Affairs and Social Protection, Ms. Regina Doherty TD, to clarify as to whether the government commitment to restore measures, that were implemented during the financial crisis, applied to the waiting period for illness benefit.  We were notified in December 2018 that it was not intended to reverse this change at that time - most of the other measures were restored!

At the ICTU Biennial Delegate Conference in July 2019, the Council proposed a motion calling for the support of conference to have the decision reversed by government, and this was unanimously adopted.  Subsequently, this was included in the Congress pre-budget submission and in October 2020 the government announced the restoration of the three days as part of Budget 2021.

The Council takes great pride in the fact that it's efforts in continuing to highlight this issue that severely impacted on the most vulnerable workers helped in no small way to achieving the reduction in the qualifying time.   It certainly shows that even this local council, if it has a will, it will have a way!

It is a successful outcome, not before its time, and demonstrates that even at this level of the movement that we can achieve some good for workers' and their families.  Nevertheless, we also fully support the Congress position that there should be no waiting time at all to qualify for illness benefit and hopefully this can be secured in the current discussions with government and employers on future sick pay policy.