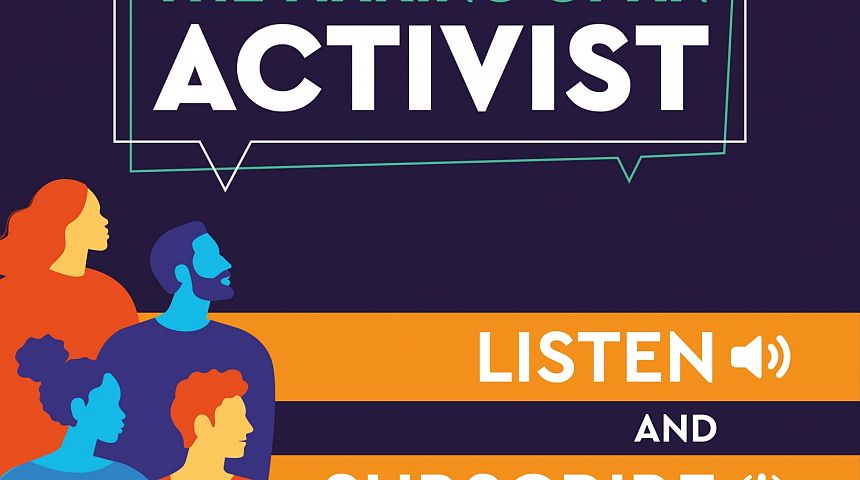 One Movement launches The Making of an Activist podcast

Trade union activism group ONE Movement launches its podcast, gearing up listeners with the tools they need to facilitate positive change in the workplace.

Galway, August 31, 2021: ONE Movement launches Making of an Activist, a podcast series that
gives a voice to those fighting for better working conditions across Ireland and reminds us that
anyone can be an activist.

Making of an Activist sets itself apart from the crowd of activism-focused podcasts by casting a
spotlight on the thousands of individuals who are a part of the ONE Movement collective and
whose stories are at the heart of the series. ONE Movement is a collaborative initiative of all trade
unions operating in Ireland to achieve better working conditions by organising workers into unions,
mobilising people on key issues and increasing political influence.

Launched in July of 2021, Making of an Activist is hosted by Fiona Dunne, ONE Movement National
Co-ordinator at the Irish Congress of Trade Unions. With over 30 years experience in the trade union movement,
Fiona's passion for equality and justice is palpable, echoed by the diverse mixture of fantastic guest
speakers she invites on the podcast.

By bringing guest speakers on-air, Fiona flips the typical narrative structure of activism discourse and
with a focus on the individuals and their experiences, she discusses broader issues through a more
personal lens.

In the first episode, Fiona speaks to Dr. Deirdre Curran, a lecturer in Business Management from NUI
Galway who is passionate about empowering and equipping her students for the working
world. Episode 2 features Ciara Fanning, the Honorary President of the Irish Second-Level Students'
Union with a discussion on how her local Tipperary activism blossomed on a national and European
scale. Episode 3 introduce Barry Murphy, Deputy General Secretary of OPATSI, member of ONE
Cork and the Cork Council of Trade Unions. Together, they discuss his lifelong career as an activist in
both the community and the workplace.

The Making of an Activist podcast steers away from the familiar jargon of trade unions, workers'
rights and legal technicalities and instead strives for an open, honest conversation. The series aims
to shift the stigma that being in a union and working as an activist are solely politically-fuelled acts
and instead equip listeners with the tools they need to become an everyday activist, fighting for
justice in the work environment.

The Making of an Activist podcast can be found on Acast and is available to download on the ONE
Movement Facebook page. More in formation about ONE Movement and their work can be found
on http://onemovement.work